1917: Germany in the russian front

November 15th 1917, to maintain Italy into the war, one hundred thousand french and british troops are in charge to stop the german and austrian advance toward Venice. The allies stop the Austrian and take many prisoners: these soldiers from the austro-hungarian empire are fed up. They are talking about mutiny, independance. Their emperor, Karl the first, is increasingly worried that the revolt would spread, and continues to favor peace and wants to negociate. But not the Kaiser, Wilhelm II, who still dreams of victory that can save them. The first step is to get Russia out of the war so german armies can be redeployed from the eastern to the western front. With this in mind, the general Ludendorff still in charge in Germany, facilitates the return of russian leading political agitator to Saint Petersburg : Lenin. After of writings the advicating communism take over, he has been living in exile in Switzerland. The Germans have decided to finance both his party and his journey because the communists, who ousted the czar in february 1917, are still fighting the war. This unatural alliance is not because Ludendorff support Lenin's plans but because Lenin claims he will take Russia out of the war. 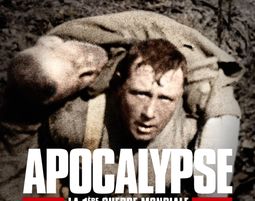