Rose: So, your story happened during a school trip, is that right?

Tom: How old were you?

Fiona: I was fifteen…

Tom: Were you alone in the room?

Fiona: No, I was sharing with a girl; her name was Suzy.

Rose: Aha! And did she see the woman?

Fiona: No, the first time I saw the woman, Suzy was sleeping. But the second time, I screamed so loud that I woke her up.

Tom: And did she see the ghost?

Fiona: No, because when she woke up, she turned on the light… the ghost just disappeared… it vanished…

Rose: What was this ''ghost'' doing in your room?

Fiona: Well, the first time, it was standing at the door… it was so creepy…

Tom: And what did you do?

Fiona: I grabbed my mobile and used the flashlight… and… there was… no one, so I thought to myself: "Calm down Fiona, don't be stupid, ghosts don't exist!" and tried to go back to sleep.

Rose: And the second time?

Fiona: Well, the second time, the ghost was on my bed! I… That's when I completely freaked out and screamed… I was really scared to death!

Tom: Ok but Suzy didn't see the ghost… Then, how do you know that it was a ghost?

Rose: And how do you know her name?

Tom: That's right. I think that you are hiding some very important facts! 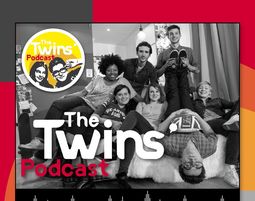