Tea has a National Day on April 21st. 165 million cups of this beverage are drunk everyday in the UK. Tea was celebrated in one of britain’s most famous books (Alice's Adventures in Wonderland, written by Lewis Carroll). Even the Americans sing about it.

Tea is such important in British traditions.

Firstly, let’s see the différence of high tea and low tea : high tea refers to dinner. Actually in England is very frequent that people go for tea for dinner. Low tea was served on long table. It refers that we call afternoon tea. It is served with sandwiches and cakes.

- Listening to music is definitely my cup of tea.

- I wouldn’t miss Erwan’s brillant Lumni lessons, not for all the tea in China !

→  It means that nothing we stop me from watching Erwan’s brillant Lumni lessons.

- No speaking English is as useful as a chocolate teapot.

→  It means that no speaking English is actually useless.

Tea is important in British society

It’s National drink. It’s like their « life blood ». British people can drink the tea with milk and sugar. Tea was imported from China. But today, tea comes from India. It was working as a social lubricant. Where you’re going in Great Britain, you very often offer a cup of tea. Tea is like a universal remedy for every little ills. Winston Churchill, the Prime minister during  the Second World War, even said : « Tea is more important that bullets ».

Why tea and where does it come from ?

Tea becomes so popular in UK because all people consider it as a healthy drink. Also, it’s been so popular long years espacially in the aristocracy. In XIXth century, Queen Victoria was very fan of tea.

Tea was only produced in China. But, there was a strong demand from Britain to bring this tea back home. So, The Britains created clipper ship. It took all good spices and tea from China to bring to mother country. This exportation was the East India Company.

The birth of a global economy

The east india company is central in trade for Britains for years. It was the birth of the global economy. A lot of colonies around the globe were part of the British Empire. Many fruits travelled along the sea. That’s why we said that « The sun never sets on British Empire ».

China was the sole exporter of tea. They had a monopoly. They also had a sophisticated commerce system and they could respond quickly to rising demand. The companies could ship large, reliable quantities.

Dark side of tea trade

Britain traded tea against opium (a drug). Opium was used as trade money for tea by British people. Tea became very important economic and political issue. The Chinese Emperor gave it a stop because a lot of people in China took drugs. Britain had to pay for tea with silver (money). But, more and more people wanted to drink tea in Great Britain.

How did the British manage to satisfy their thirst for tea ?

East India Company wanted to break Chinese monopoly to reduce costs. They decided to send a spy and scottish scientist named « Robert Fortune ». He was sent to China to steal tea back in 1848. He went under cover, disguised as a Chinese man. He faced great danger : no Westerner allowed in mainland China. He stole seeds, equipment and the formula (how to make a good tea). He sent tea plants and recipes to India and started tea gardens (like the Darjeeling region). There had a massive political and economic impact. Britain gained control of trade, money and profits.

Auxiliaire « Be » + past participle of the verb.

Beverage is a drink. 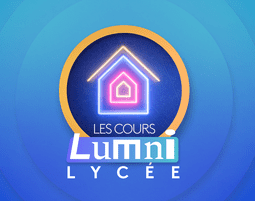 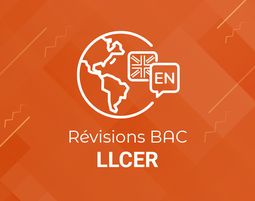